Fusion the Name is Back in Fashion!


In 2014 Oracle tried to drop the name Fusion from it's applications. I even wrote a blog.

I've held workshops where we had a swear box for every time someone said Fusion.

Then I was forced to start using the F Word again when Cloud Applications could also mean putting EBS in the Cloud. People were confused.

Watch here, it is used in the title of the video, on the slides and he says it at 5:44 minutes. And if you didn't see this live, or watch it later, I do recommend you do so now, a good roundup of what they intend to do. 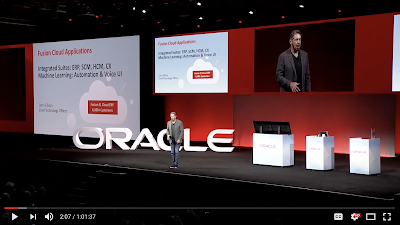