I have always been interested in the Next Generation for our industry.

I love what Oracle do in their Academy, and with UKOUG tried a few initiatives, including free student places at this year's techfest and early this year tried something really different with a university in Australia. 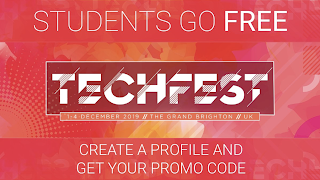 This week at SAOUG I came across another initiative for the next generation and I loved it.

The Oracle cloud graduate program within South Africa gives graduates the opportunity to do oracle training and find a placement with a partner who gives them real work to do.

The SAOUG worked with one of those partners, Edge to bring 6 of their placements to the conference.

What an amazing initiative.

back to main SAOUG page
Posted by Debra Lilley at 20:53 No comments: 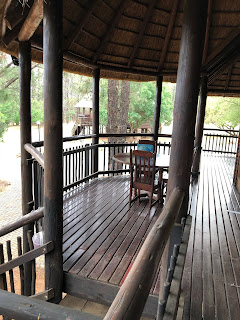 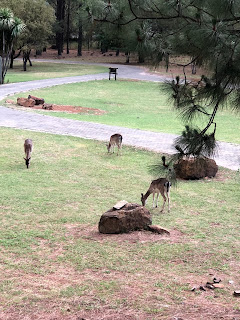 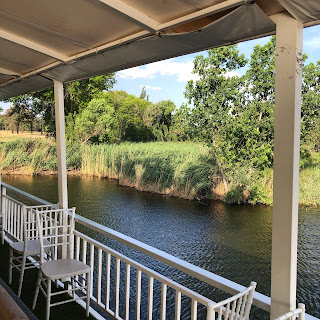 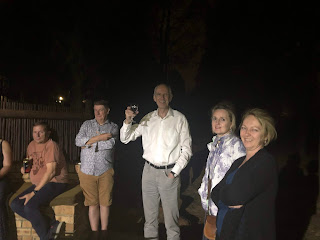 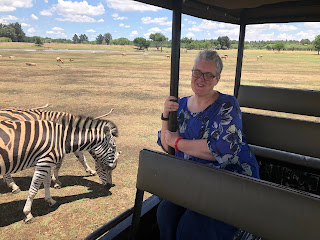 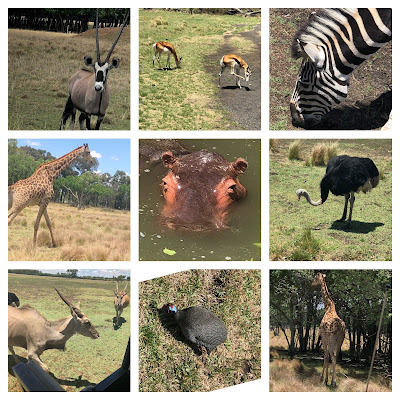 
This is one of my favourite events, SAOUG, this year held in Vanderbijlpark.

The organiser, Wolfgang, asked me to come back, speak more on cloud but make it more personal to the majority of members who had no intention of moving to Cloud.

But don't under estimate the Difference A Cloud Makes, Oracle announced a data centre coming to South Africa in the next 12 months, and they were really excited by it.

The first key note was from Jan Jaap Dekker who is responsible for Apps Unlimited sales in EMEA. Yes you read that correctly, there is a team that sells App Unlimited licences, they are not dead. I am really pleased about this because there was a period of time where we as partners joked the only way to get an extra licence was to be audited. There are customers who have real business reasons to extend their investment, normally through acquisitions.

My first presentation was the always popular ' Should I go to SaaS Cloud?'. The room was full, they needed more chairs and the conversation was excellent. Two large corporations sat with me during the event exploring this further and Jan gave me the feedback it was a very balanced presentation.

Wolfgang also asked me to talk about PaaS with an emphasis on using it with Apps Unlimited. People are already moving their extensions out of the applications and the most common tool is APEX, which I love. In my PaaS presentation no surprise chatbots was the most exciting tool.

I suggested to Wolfgang the conference finish with a Cloud Panel session to answer the unanswered questions. I did get the session, but it was a panel for one!! Again a full room and lots of questions I was able to answer with real life examples. 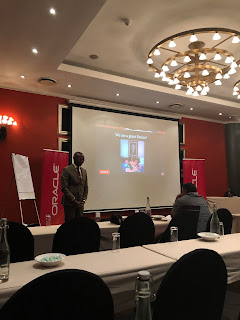 On the second day there was a keynote from a senior Oracle executive in South Africa. This is always a tricky ask, a user group wants a country leader, they want to know company strategy and they want a local angle; what they don't want is a sales pitch. Well they certainly hit the jackpot with Phakiso Mataitsane, he was engaging, motivating and talked at the very end about how the Oracle community and Oracle themselves can help South Africa. HIs presentation on Hope in South Africa, and how in some small way we are all part of that future, including Oracle, was hands down the most inspiring Oracle presentation I have heard. That doesn't mean none of the other's have been but, this wiped the floor

It was a great conference and I loved what they did for the Next Generation. Thanks to everyone and I hope to be back next year.

Posted by Debra Lilley at 17:51 No comments:

I am very passionate about all UKOUG communities but my heart is in the apps.

I'm not sure I personally agree with the decision to split the apps and tech conference, but I understand it was based on user feedback. Although the techies still get their techfest in December the Applications people as the better half, have to wait till next summer.

However all is not woe, there have been many events over the year and although my time on the board is well over, I am still supporting.

The Applications community can be split many, many ways, product, industry and many combinations but in general the main areas of concentration are:


The last group, is really important to me, I have worried that when users move to SaaS we bleed them dry for their journey story, but what do we do for them? That is what this event was all about.

As with events, there is a committee and we were led by Phil Wilson from Inoapps, not too hard a task master but got us all to pull together and delivered along with the rest of the committee and the office, a great day.

What was special about the day was that most presentations were by end users. The morning looked at product pillars and the afternoon at a couple of industries.


A colleague of mine attended the EPM track and shared this snippet from a presentation from Fruit of the Loom - their big issue was that 1 USD is about 23000 Vietnamese Dongs, and therefore the money fields weren’t big enough, and Oracle had to extend them in the core products to make them useable in Vietnam.

I facilitated the HCM track and that kicked off with a great presentation from Patrick Haston from Scottish Natural Heritage. Not only did they implement the full HCM portfolio but also Learning Cloud, when of the first in the UK.

Nigel Watson from DHL talked about how they have been early adopters of the Newsfeed UX. I loved this, I was involved in their original implementation and even shared the stage with Nigel at Oracle Open World 2017.

Remember the idea of the event was to have something for those already in the cloud and these presentations hit the mark.

Then we had a round table to hear what the end users wanted from UKOUG and yes they want the community.

In the afternoon I was looking after the Public Sector stream and had to stand in for West Midlands Police as due to an operational issue Dean Sweet was unable to present. I wasn't with Accenture when this was implemented but I just love the story and how they have extended their investment and am working with them now on their next chapter.

I also gave a presentation on 'switching on chatbots' within SaaS, one of the things this community can do next.

After the Public Sector Roundtable the day closed with networking drinks after a successful panel session.

The best thing about the day was Cloud customers talking to cloud customers and loved that 2 came from Denmark just for the networking.

Posted by Debra Lilley at 22:49 No comments: