I believe we should all stop from time to time and look back. I work in IT and there are always challenges but we need to look back and see how far we have come. Celebrate what we have achieved and learn from those challenges. This is why I love when organisations share their stories, through presentations, articles, award nominations, however they do it, the preparation makes them reflect on the achievement and hopefully thank all those who made it happen.

Time for my big look back.

Last week I had the privilege of mentoring young people being assessed for this year's Accenture Graduates intake. All of them were not born when I started working with Oracle Applications. I am officially old.

On April 1st 1996, I started one of the most exhilarating journeys of my life and I wouldn't change any of it.

It has been bumpy, in fact on that first day I was almost arrested. I don't exaggerate and I'll come back to that later.

I was working for CFM in Gloucester, which later was part of ICL becoming Fujitsu. I was looking for my next challenge and was offered several opportunities with promotion, but all closer to London which my family didn't want. Then I heard about a new practice in N Ireland that needed a support manager. I knew one person there David who had been on secondment in Gloucester, and he encouraged me. Then main motivation was my then husband, who was from N Ireland, so it wasn't such a left field idea.

The N Ireland Civil Service were one of Oracle's first E Business Suite customers in the UK and this practice was set up to support them, many having been TUPEd over from NICS.

The idea was I spent 4 weeks at Oracle doing a broad range of applications and technical training and then move to N Ireland and take up the role.

On that first day I drove to the Oracle Training Centre that was housed in Bracknell. I was not a confident driver and certainly not that close to London, but successfully got onto the 'Ring' and counted exits as my instructions were 3rd exit. In rush hour traffic I committed to the turn and then realised it wasn't actually a road going anywhere, but an actual EXIT. I had driven the wrong way into a oneway street! Oh dear, nothing I could do but continue until I could turn around. 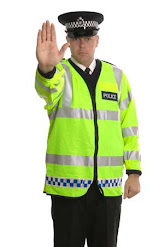 Then coming towards me was a car - a police car! Panic came over me, there was no way he could pass me and I couldn't reverse onto the main road, he would have to reverse. But he didn't, he stopped, got out his car, put on his cap and walked over to me. He tapped on the window and I lowered it. 'Good morning' he said 'Do you know what you have done?, he asked. Then he asked If I knew where I was? I had driven into the exit of the Thanes Valley Police Force! He went onto lecture me about how he and his colleagues couldn't get out to do their job and how those who had finished their shift couldn't get home. I had effectively brought the Police Force to a standstill. He said he would reverse, I could follow him and then we would have another little chat. I did as I was told, got out the car and waited for the next episode. Then he said 'I take it this is your first visit to Bracknell, have a nice day'. He may have found that funny but all I could think about was that my own car and not the hire car I was in, had new N Ireland number plates and if I had been in that, the Policeman would not have seen the funny side, It would have been seen as a possible terrorist incident back then in 1996.

So after that interesting start, I have had roles running support, upgrading the many instances several times, setting up and delivering training in Discoverer and Desktop Integrator, moving to being a Financials Consultant (despite being told by a colleague I couldn't do it as I wasn't a certified accountant), getting involved in User Groups, Fusion, Certus and now Accenture. In fact one of my last posts was about how did I end up here. I look back at the Debra Lilley on that first day, out of her depth and no idea what would be next.

25 years is a long time, however I know many people whose Oracle career, even in applications, (Fiona Martin), started earlier.

It has sure been a journey with lots of bumps and challenges, and I'm not very good at journeys despite loving travel (My 10 Worst journeys) but one that has given me so many opportunities to grow and help others grow.

But I also look back at Oracle Applications. One of the first customers I supported was NI Water on release 9.4.1 of E Business Suite. Then I worked on one of the first to move to 2 Tier computing, although I can still chant backslash navigate commands in my head and if you know what I am talking about you too are old. I have often spoken about the Fusion Apps story and today Oracle leads in SaaS adding more all the time. How many other organisations had led from the front for that long?

Whatever you are doing, stop and look at how far you have come.

Finally I want to end by saying thank you to everyone I have met on my journey so far. The ones who have helped me learn, the ones I have taught and I am so proud of what they have achieved and even the ones who have stood in my way; finding a route past them has made me a better person.

And here is to the next part of the journey, wherever that may be.

Posted by Debra Lilley at 01:00 No comments: