The Best Women in IT

When I became Chairman of UKOUG the press release mentioned that I was the first woman Chairman. Several journalists asked me how I felt about that. I have never been hung up about being a woman in a man's world, but I do wish more girls were encouraged into the industry. 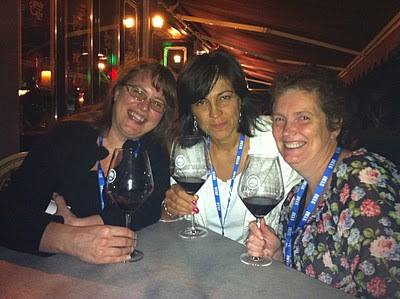 But in Slovenia I realised that there are only 3 women presidents in all the EMEA Usergroups. Heli from Finland OUGF, and Melina from the Bulgarian User Group BGOUG. Three of the best user groups there are, led by women. I don't really mean that, there are lots of brilliant user group leaders but they aren't as good looking as us.
Posted by Debra Lilley at 01:46