What I would give to see Larry's Shopping List 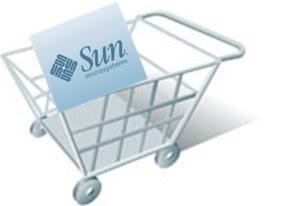 Why are we caught out by each of the Oracle Acquisitions? We know they are running at aproximatley 1 a month and have done for almost 5 years, there is no sign of it slowing down and actually there should be great deals in a recession so if you have the cash why not?

The week before Oracle announced the acquisition of Sun, I was in Tokyo. I was actually on my way to Insync in Sydney but more of that in the next post. I work for Fujitsu and it was a real honour to have the opportunity to visit our head office and I also got to visit Oracle Japan.

Larry Ellison was in the Oracle office the day I visited which is not too much of a surprise as Open World Japan was the following week however he changed his plans and flew home early and he didnt stay for the conference. I was surprised and yet I should have guessed he had some shopping to do, it all made sense when the Sun acquisition was announced the following week.

It is too early for Oracle to talk about the details but there are many people who can see some of the benefits and impacts, including our own Ronan Miles from UKOUG who gave this interview in Computer Weekly
Posted by Debra Lilley at 07:12