When someone calls me a thought leader I am very proud, but never as much as I do now.
Many years back I came across Ray Wang a leader in the ERP Analysts world. Ray is not only a brilliant analyst but a very approachable person. He always finds time to talk to people and give advice, and not just the paid for kind. He is very generous to user groups charging just expenses to deliver his knowledge to their members.
A few years back he spoke at an event in London and my boss at the time came along. We had a booked session with Ray to ask questions specific to the day's agenda, but Ray went further and gave us advice very specific to our line of work. Ever since when he's been in London we have tried to meet up.
Once at Oracle Open World the three of us met for coffee and then Ray persuaded us to try a local delicacy of Beard Papas Doughnuts.  See his expertise extends to food as well as The ERP industry.
Last year before open world he invited me and my great friend Floyd Teter to be part of a panel representing users in his analyst briefing event. I was so proud, unbelievably proud that he rated me like that. 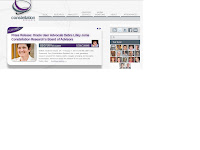 Not long after Ray started Constellation Research , and is pulling together an advisory board of commentators and thought leaders and invited me to join. The credit for this goes to UKOUG who gave me the strategic remit to become involved in the Fusion Journey that led me to chairing the Product Development Committee of the IOUC, which thanks to Jesper Andersen was the first channel into Oracle Development, to Steve Miranda who has given us the user group leaders such a great access to the development process, to The Fusion Middleware product managers who have taught me about the technology, the friendships I have made with people like Nadia Bendjedou, Stephen Chan and Elke Phelps who have taught me more, which in turn led me to being nominated for an achieving ACE Director status, and for the User Experience labs for bringing the applications alive, all this has contributed to me being accepted as a thought leader and Ray asking me to join his team.
However this journey was only possible because as my role in the community expanded my employer Fujitsu gave me the freedom to develop my unique role. My own management believed in me and the value to our customers. reputation has always been important to Fujitsu and my role helped to build that. More recently we have a new CTO, David Smith who is championing Trusted Spokespersons, through blogs and other social media. I am proud to be part of that program and have received a lot of support from a colleague who I have never actually met, Mark Wilson, who is a Microsoft VP a bit like the Oracle ACE Director program. Mark was also the 2010 winner of the UK Computer Weekly Blog IT Professional (Male) category. .
So no one thing has led to the role I have, just belief that people have had in me to do the right thing, my way. If you have been part of that thank you.
Posted by Debra Lilley at 21:33