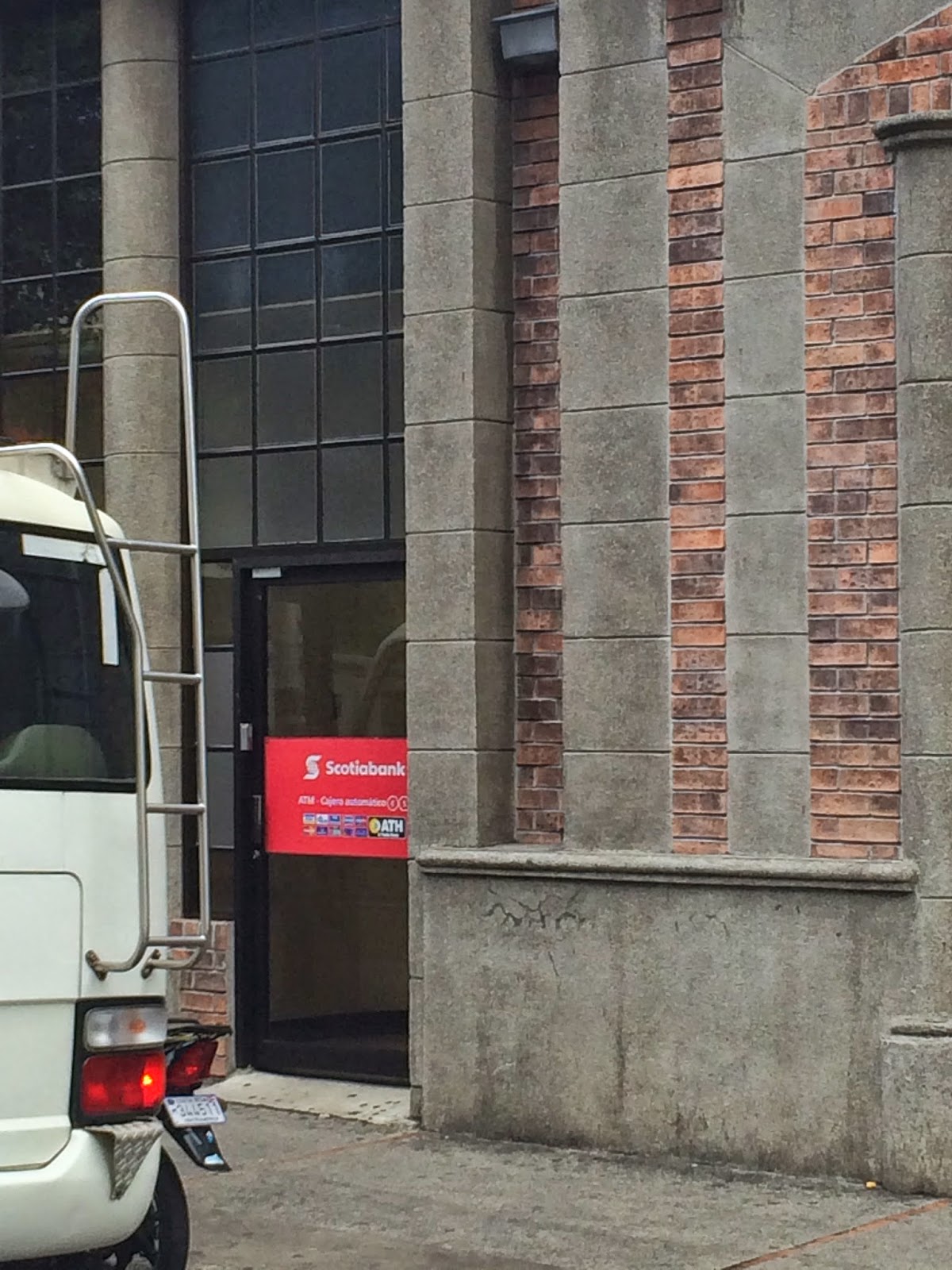 I have been to Costa Rica before and it was nice to arrive at a familiar hotel. We had a free morning so were very brave and walked into the city and created our own tour. It started with a little adventure, I went to the ATM to get some local currency and the second I keyed in the last digit of my pin my phone rang, it was my bank checking it was really me, but at the same time the ATM which was in a little booth would not let me out the door, it would not open. I was trapped. To get out I had to pass my ATM card under the door to my fellow travellers who swiped the door for it to open. What would I have done if they had not been there? I couldn’t really give my card to a stranger could I?

We had a local breakfast and then walked around the centre, looking at markets and shops and then we walked back to our hotel for a quiet lunch. 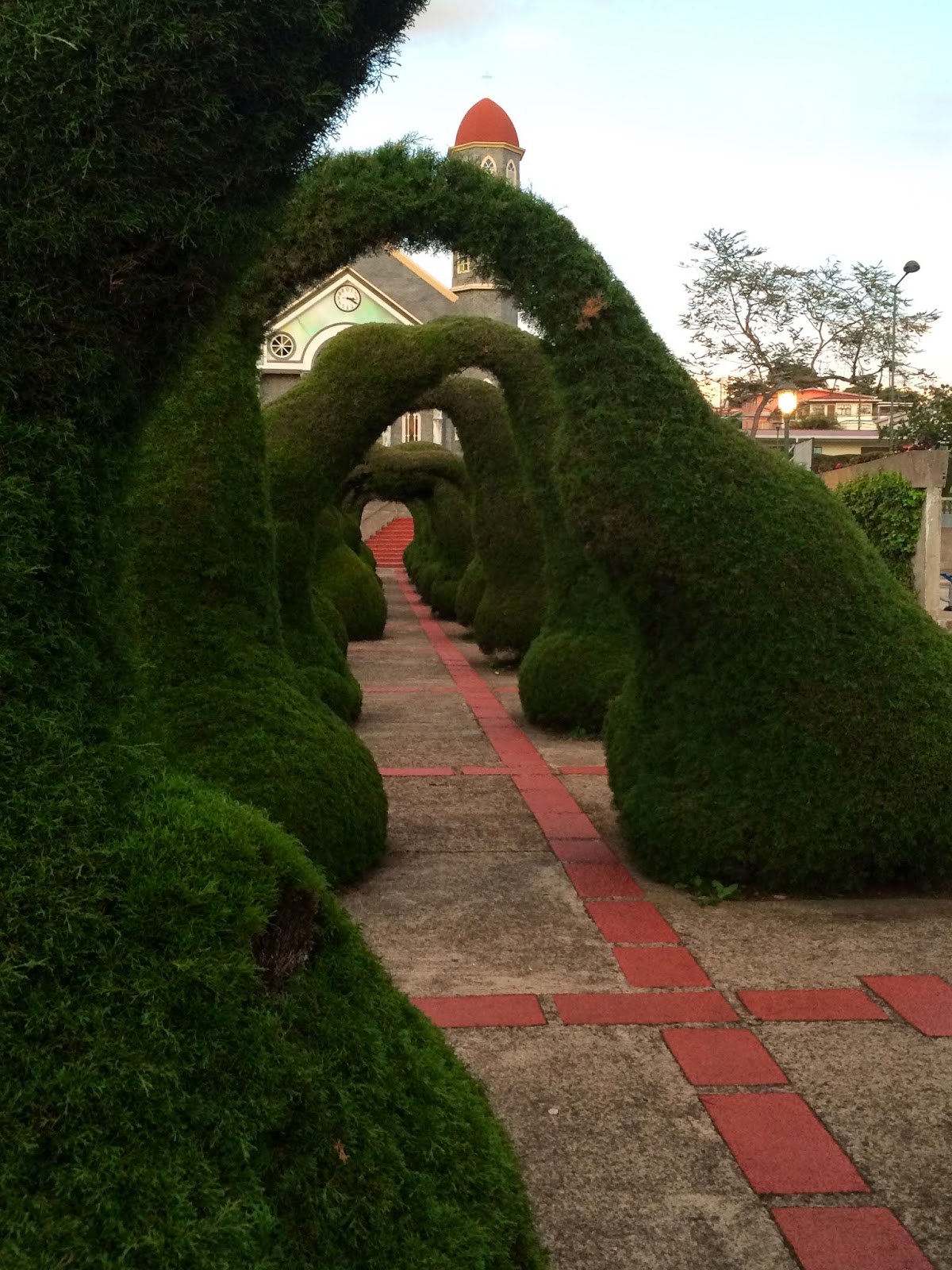 We knew the event was being held in the mountains and that it was a 2-3 hour drive. Our driver, who was from the university arrived but he didn’t speak much English and then we crawled as far as the airport as there were many accidents on the freeway, but then we met Carlos who is Oracle Columbia but had also presented in Panama, we had a translator. We knew the university was near San Carlos, and not too far from a  volcano and we were staying in a spa resort nearby. The next 2 ½ hours was us slowly climbing a very twisty mountain road, often above the clouds and the rain forest but with a beautiful sunset. We stopped for a few minutes in a picturesque village with a lovely church and some amazing if not bizarre topiary and then just after dark and the most amazing sunset above the cloud level we arrived at the hotel. 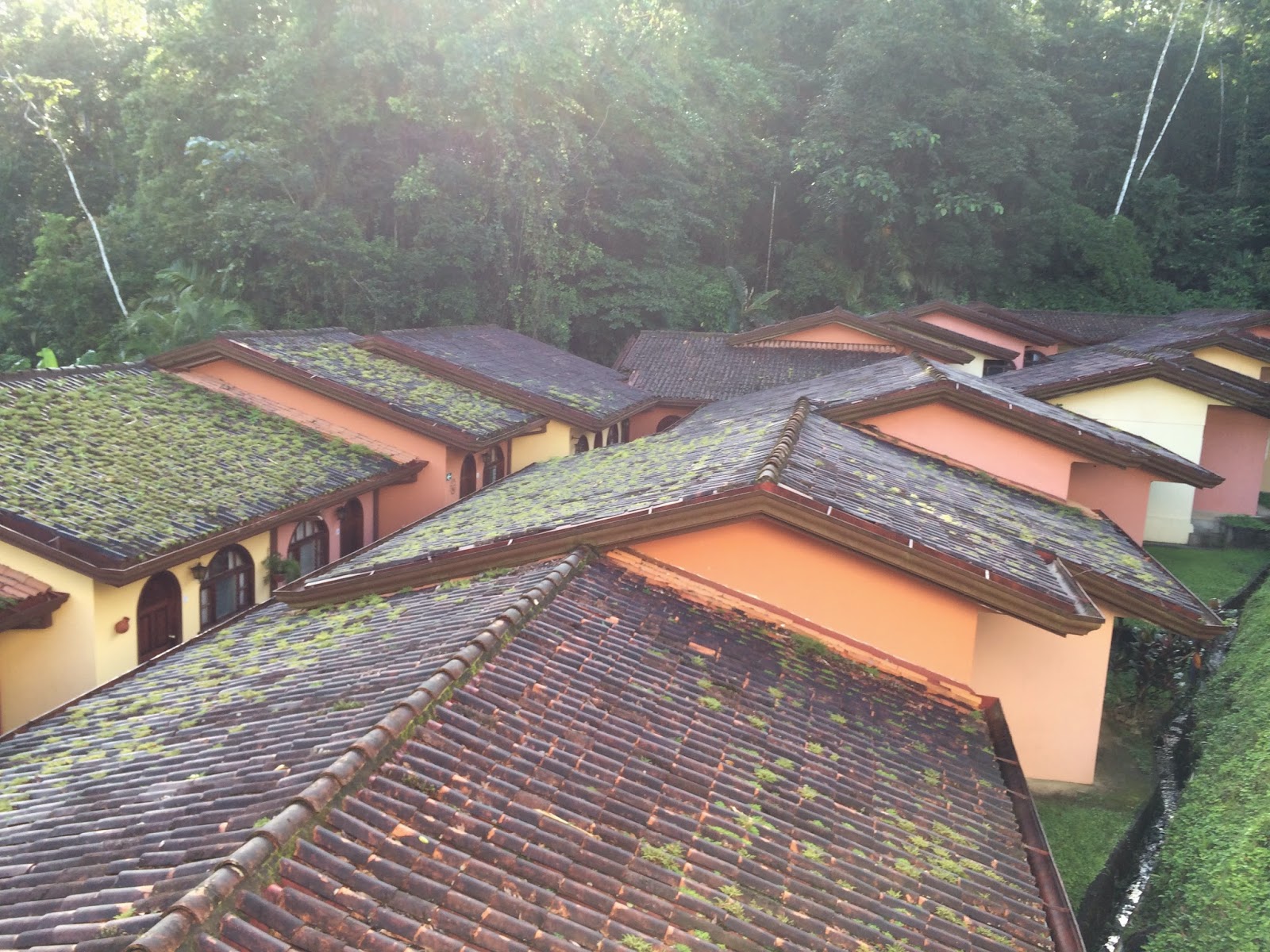 I know I was tired but sometimes we do such stupid things. The journey seemed to take for ever and at one stage I looked at my watch but couldn't see it in the dark. So I used the torch on my iphone to look at it. Gurcan never stopped laughing at me. I keep telling everyone I am not technical.

We had dinner and then went for a swim in the spa, not as hot as I was expecting or would have liked but it was a great way to relax. 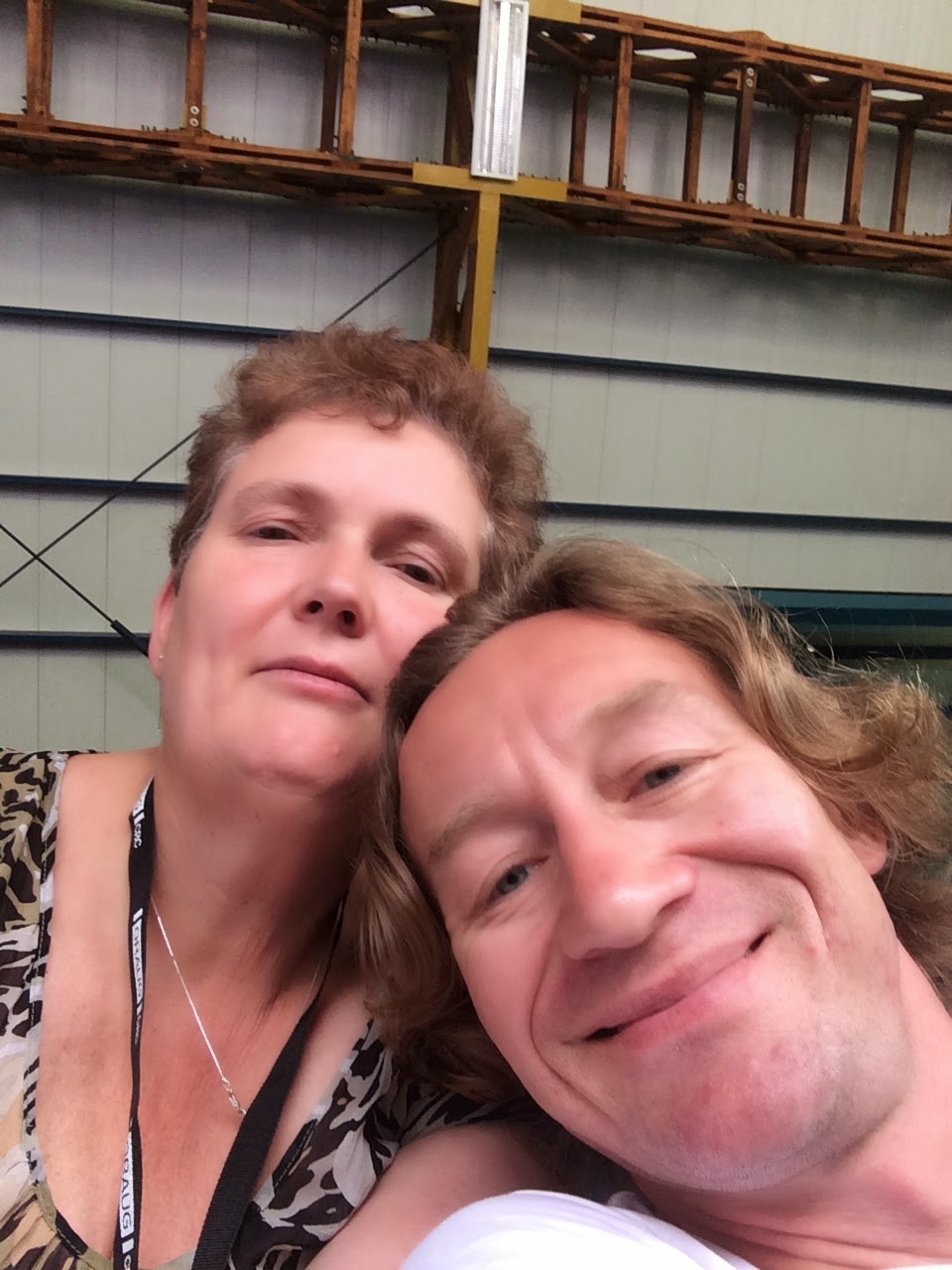 The event was held at Centro de Transferencia Tecnológica y Educación (CTEC), San Carlos, Alajuela, the most amazing university high in the mountains. It is a public university and it was explained that as Costa Rica has no army since they can spend money on health and education.

We were joined in Costa Rica by my great friend Alex Gorbachev and it was great to catch up. 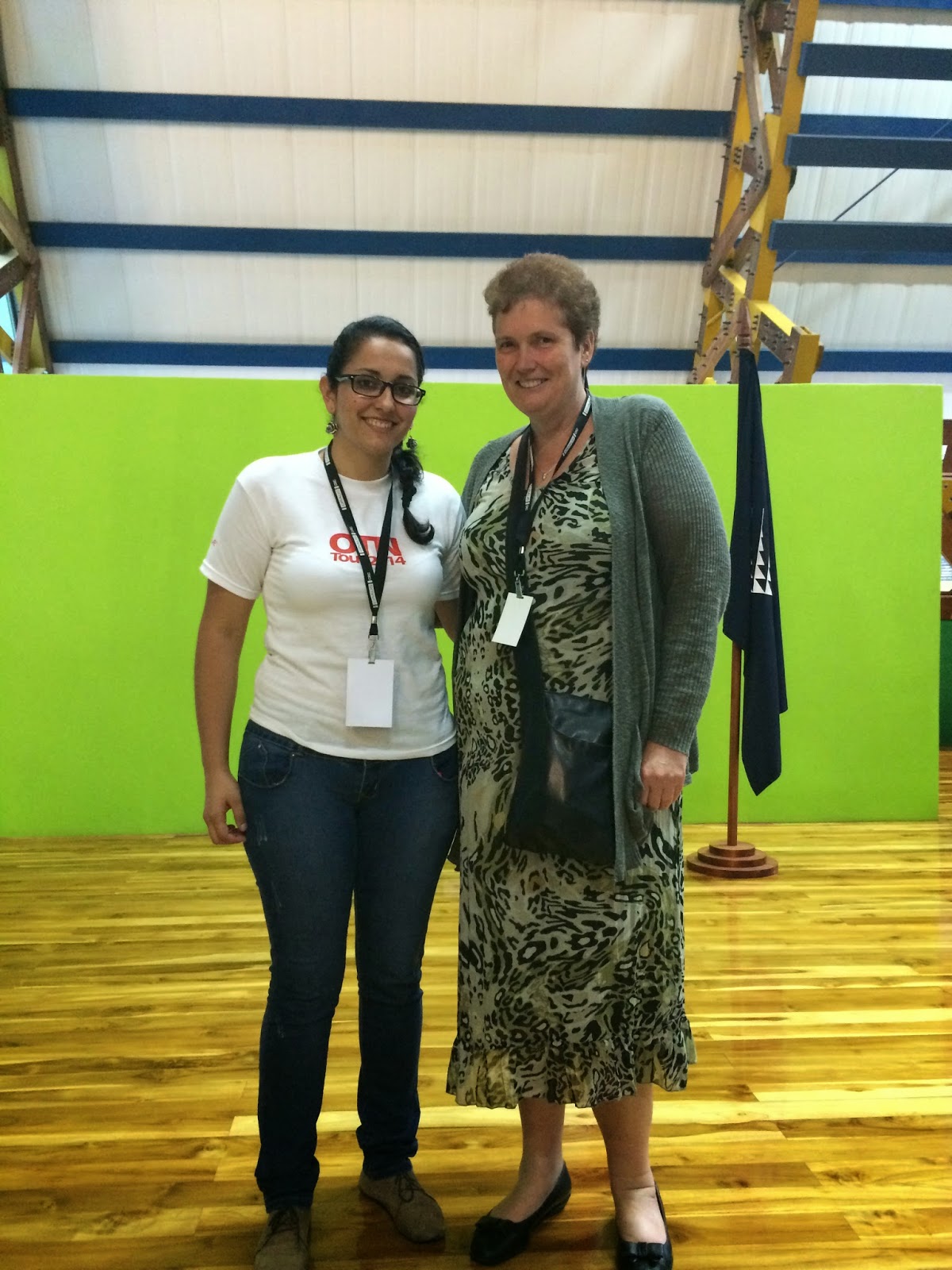 In Costa Rica they have a tradition of allocating each speaker a dedicated student to ensure everything we need is provided. I was aware of this on my last trip but didn't realise how much it meant to the students. My volunteer Dayana Perez Sibaja explained that they had to write an essay on what they expected to get from the opportunity and their English professor selected the successful students. they had done a lot of research on each of us and I felt really touched.

Again I had the opportunity to talk to students but we also had professional people at the event and I got them to share how they use Oracle applications. One disappointment was that due to a personal emerency Ronald Vargas the usergroup leader was unable to join us. I really was looking forward to seeing him again. 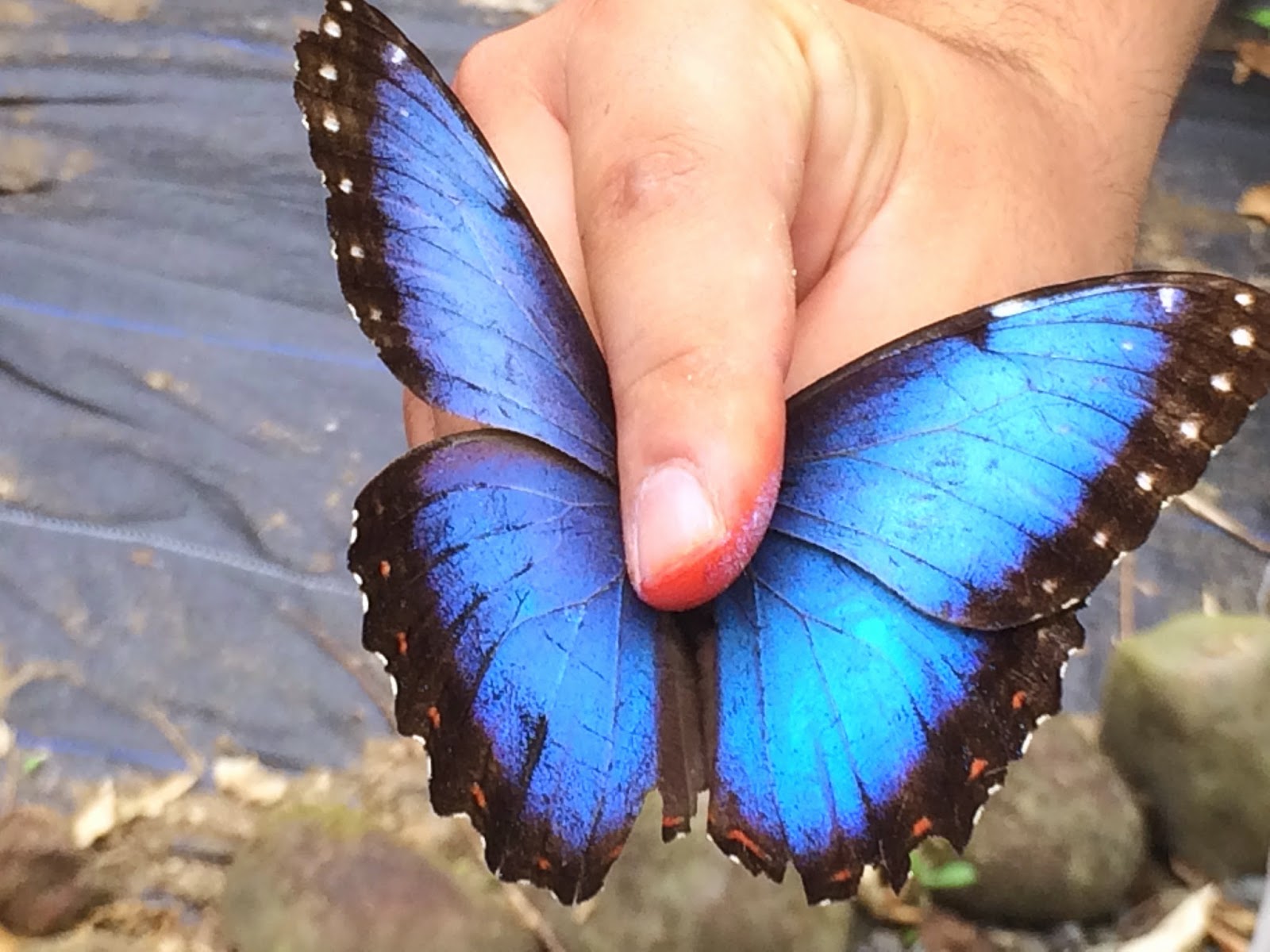 We also got a tour of the university which has a phenominal tourism facility , eco tourism is so important to their economy and they do a lot of research as well as teach. I was particularly interested in the mint and citrus plant they have combined to make mohitos! They have an awesome butterfly enclosure and many alligators they manage.

After the event we found out we had travelled up via the tourist road and where promised that going back we could have a fast road. Unfortunately the weather was poor and we got stuck behind a coach and we didn't actually save any time. Mark Sewtz from the Oracle APEX team was with us in the coach and he looked after my go pro taking time lapsed photos of the journey home, something we should have done on the way up, which I really regret, but still next time...... 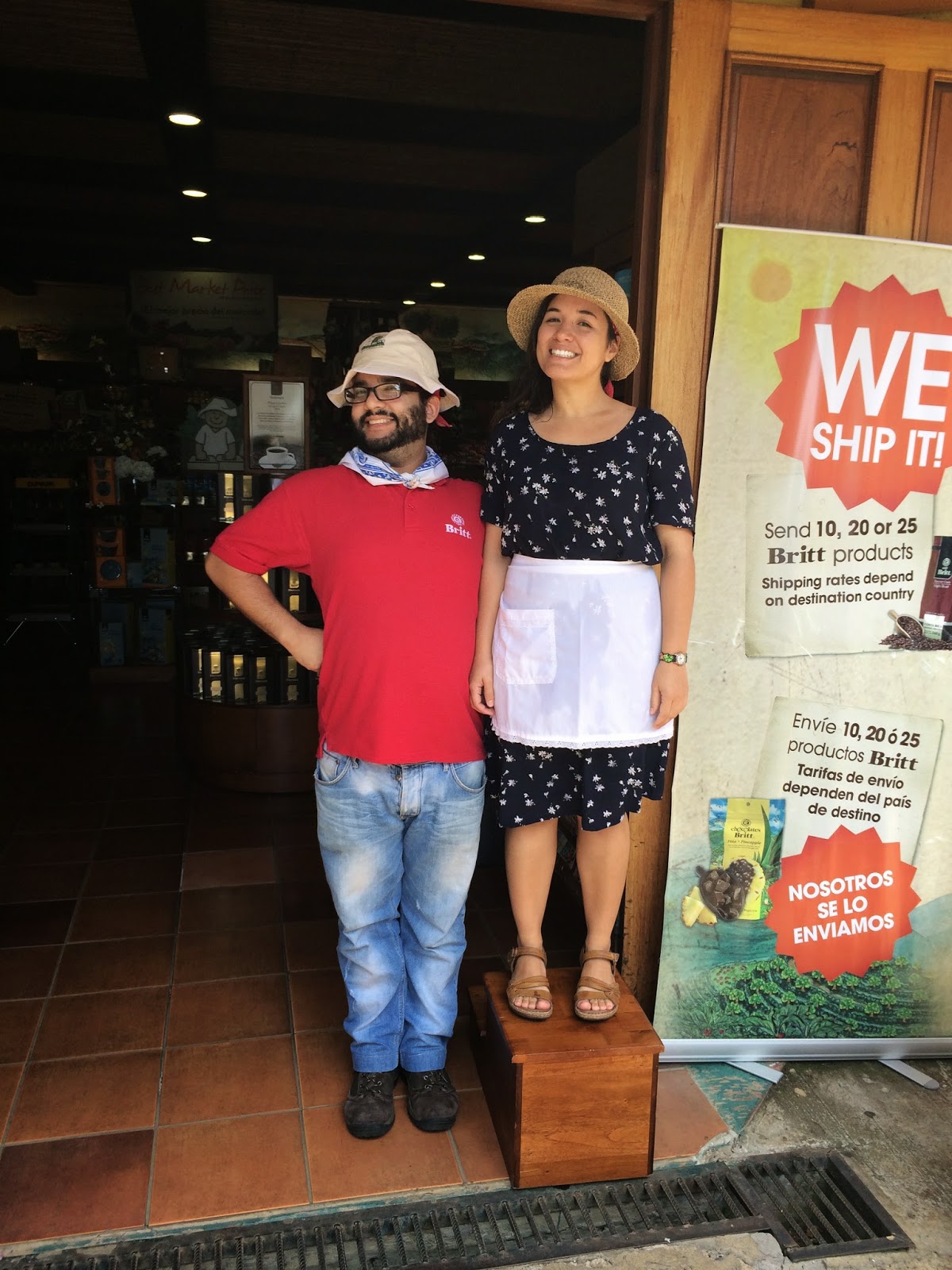 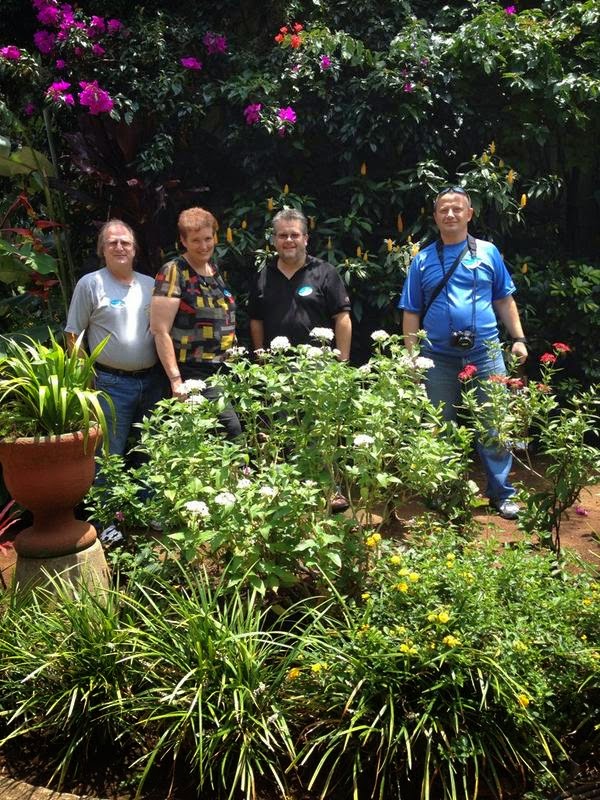 We went back to our first hotel and then the following morning had the opportunity to do a coffee tour. It was so funny the guides were just natural comedians. We actually learnt a lot about engaging your audience which I am sure we can all use in our presentations as well as learning about coffee.

All too soon it was time to say goodbye to Costa Rica and move on to the next country on the tour.

P.s. Branden reminded me of the earthquake at about 3am the last day, I did wake up but have to admit didn't consciously feel it, although it was 4.8 and close by.