I have talked about PaaS4SaaS for a couple of years now, and the push from Oracle is even more now that most of their development tools are now available in the Cloud. So much so that Jurgen Kress' FMW Forum' was this year renamed as the PaaSForum The forum is open to all partners who are members of his community.

To me this event is like the ACE Directors' briefings before Oracle Open World, albeit that they are not happening this year, which I think is a mistake. Lasts year I said there were not enough SaaS partners. It was slightly better this year but mainly big systems integrators who have both a SaaS and a Development practice.Those who were not there are simply missing out.

The strategy of holding these events in resorts or high tourist areas in the off season, works really well, at the best cost to partners and Oracle, however this year the locations Split in Croatia was very difficult to get to currently. I had to fly Belfast- London - Zagreb - Split and on the way home just to vary it a little I flew Split - Munich - london - Belfast. And yet from next week there are direct flights from Belfast, which is good I might even be tempted to go again. 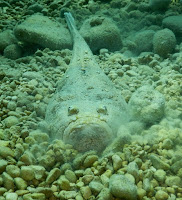 I flew out a day early and took the opportunity to dive. When I booked the hotel I saw they had a dive centre so i reached out to see if I could. A it is out of season and so it was a shore dive rather than a boat dive but it was great. It wasn't overly warm and I am glad I decided to ring a warmer wet suit than what they suggested but the water was crystal clear. I did a small wreck dive in a reasonable current. On a boat dive that doesn't matter they simply follow the current and pick you up, on a shore dive you have to fight it or else you don't get back to where you started. 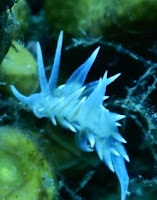 The second dive was gentler around a
small reef. This time of year the sea life was amazing several pregnant species like an electric eel, and a stargazer and many juveniles like nudebrachs, a day old electric eel and amazing fish. Making the effort to see or even better dive in the wonderful places i get to visit, is important to me and this ticked all the boxes,

The first afternoon kicks off with a community event where people with a story to tell in this arena do so, and at the end of that day Jurgen gives out his community awards. I was pleased to see eProseed our dev partners win another award, this time for SoA Cloud Service Contribution.

The second and third days are the briefings from all the product managers. This is the important bit for me, where are Oracle and what are they doing in this area. Enrich SaaS with PaaS, or my PaaS4SaaS world was a major theme this year, with a lot more use cases emerging.

Sten Vesterli, never shy at saying what he thinks, summed up the content in his blog. I agree Oracle have pushed out many products, but they are bringing them back into suites, and adjusting pricing to meet the markets they are aiming for. So I found it all promising. Don't get me wrong it is still confusing both from an architectural perspective, which products to use when and the costing, but it is getting there. And on their current factsheet it states their mission as 'Empowering and Accelerating the Modern Business'.

Especially important to me is the Application Builder Cloud Service or ABCS, the low code cloud which works really well with SaaS. I still have constraints, but mainly on the SaaS side, but as I keep saying continuous development means we don't have to wait too long for the approved enhancements. It really inspired me, and I'm currently trying to write an article about a specific use case in HR. 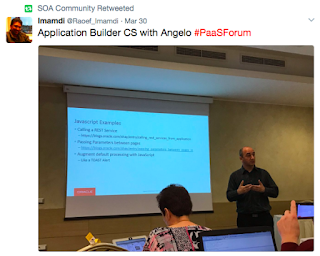 Day 4 & 5 were hands on labs. I only attended an ABCS one Thursday morning where I learnt about all the latest features, so much that I have increased the content in my demo for Collaborate on Las Vegas. The inclusion of Mobile Application Express or MAX in ABCS is amazing, Extending SaaS with ABCS depends on APIs which are still light within HCM and even more so in ERP but again small steps in the right direction. At Certus we have been testing release 12 of SaaS (don't be confused) and new modules have lots of APIs which is very encouraging.

Shay Shmeltzer the product manager held a citizen developer hands on lab, followed by Angelo Santagata who showed how you could extend ABCS with Javacode. Even more impressive.

A couple of meetings with PMs to understand their offerings more, some of which were with Lonneke from eProseed to ensure we have the same ideas. 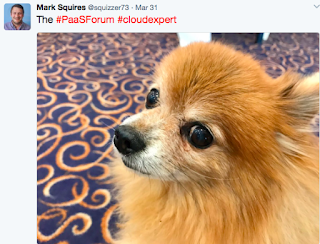 Apart from a resort idiosyncrasy of turning off coffee machines outside of official coffee breaks, did they not know this was an IT event?, it was a great week, well done again Jurgen, and to Bandit.

And then just 9 hours after I got home it was time to leave for Vegas and Collaborate,

I have lots to follow up with after this Forum, share with my own organisation and hopefully another Oracle Scene Article.