Today is International Women's Day and the theme this year is #EachForEqual and on one post from the UK Army they used the tag equal and valued to demonstrate how they feel about women in the Forces. 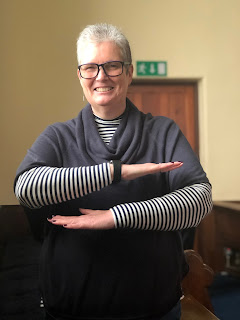 I have seen and experienced discrimination but not in my career. I have always found encouragement to succeed at whatever I have done. I have had lows in my career but even then others encouraged me to move forward. Much of that encouragement came from strong women but even more from men.

Perhaps I have just worked for organisations that saw that value in women. 30 years ago, after having my daughter I worked for Gloucestershire County Council who had a recruitment drive called 'Women Hold Up Half the Sky', and introduced flexible working for mums way before it was mainstream. I was encouraged, publicly told that being a woman, with a child, was not a barrier to success or even being valued.

When we were taken over by CFM / ICL / Fujitsu, I continued to get the encouragement I needed to succeed, too many to mention but I would call out Graeme Bowmaker and the man at the top Duncan Tate who even on my last day was encouraging me.

Being listened to and my thoughts valued has been the most encouragement I have received and two analysts have been key to that, Ray Wang and Dennis Howlett.

Through my role in usergroups where I have had many ups and downs I have grown, and that has come from making a difference. Encouragement here has been from other leaders, Oracle themselves and feedback from users. Missing many but want to call out Cliff Godwin, Nadia Bendjedou, Jesper Anderson, Steve Miranda, John Schiff, Jeremy Ashley, Meg Bear and Misha Vaughan. Deserving a mention to herself is Fiona Martin who has encouraged me when all I saw was dark and I was at my lowest and now one of my closest friends.

At Certus everyone was valued and an equal part of the success. Famously Mark Sweeny blogged about working mums being part of that formula. He and Tim Warner encouraged me every step of the way as I look to carve the role I wanted and knew was of value.

The Oracle ACE program has been the catalyst for much of my success. Being recognised for what I do, and giving me the platform to share it. I tweeted at the end of last year about the women in the program and at apx 10% of the ACE Directors being women, we may not be equal in numbers but we are equal and valued to our peers. I cannot list those who have supported and encouraged me here, but you can find them all in this list. I will however call out Jennifer Nicholson who makes it all possible 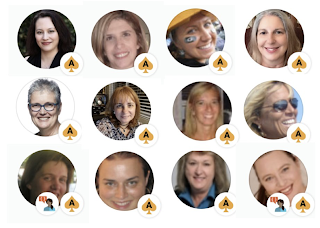 Accenture, my current employer is well in front on all things diversity and inclusion. We have a female CEO Julie Sweet, and an intent to have parity in our Managing Directors by 2025. I wrote just a few weeks ago about being included in their Insight program, and how whilst I appreciate the program am not sure that for me this was necessary to be all female.

For IWB Accenture hold many events and last year the one in London was amazing. Unfortunately this years fell victim to the Coronavirus but there was so much more going on. 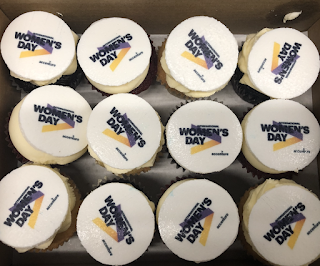 Women who encourage me at Accenture is another long list but Lucia Jarrett, Fiona Clarke, Carrie Brennan and Cynthia Cauley who along with Meg Bear helped me drop the I'm not technical tag.

Life isn't just about work, my spare time is about Scuba Diving and I can never stop thanking Dan Norris for persuading me to take it up, Graham Parmley and Brian Goldthorpe at Davy Jones Diving for making it happen. All men but the buddies I have had that encourage me have mainly be women and I have to mention Helena Zalewska my buddy at home. I hope she will still talk to me now she is poster child for Dive NI.

Last year Davy Jones did a women Day event and I was proud to be part of that. PADI today posted this on women who have made a difference in diving.

So I am I am equal and valued, but I know it isn't the same for everyone. I need to pay that forward and I hope I do by encouraging others in their quest like the STEM talk last month.

I have missed so many people out of the mentions, probably because names are not a skill I have excelled in. I appreciate every single one of you that has made me who I am. I am equal and valued.