Tale of caution, use an expert, it's worth it in the end


Not only am I not technical, but I can also be unlucky. 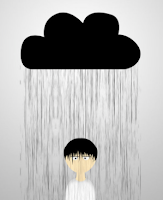 When I left my last job, I bought a laptop and all my friends, said no, go MAC you will love it, so much easier, so much better. Then about 10 months later, a disaster I still have cold sweats about, I left my rucksack on a train and lost my PC. Determined to turn the situation positive I decided to buy a MAC as a replacement.

That didn't go too smoothly at first, as I learnt the hard way the things you give up being a MAC user, especially when you have to still use Microsoft Products. Office looses so many features, as a personal user I could move but have chosen to stick with it, but as an Oracle Cloud professional, especially around finance you have to use Excel and Word and the MAC versions don't have the required add ins. I tried Parallels to run windows in but it still wasn't quite right,  eventually I had to get a cheap PC just for that, still on balance I do prefer the MAC.

Or at least I did. On my recent Latin America tour, I had real problems with my MAC. The screen started to show the keys and other marks, the track pad stopped working, on two occasions I had to use Tim Hall's MAC to present my sessions. Never mind Tim told me they would replace my screen as it was a known issue and the track pad seemed to be linked to the battery placement. However have you ever tried to get a Genius Bar appointment!!

Then even worse, when I got back and was in London for a couple of weeks, the iOS Outlook database crashed loosing all my emails, except those on my company server. All my personal, UKOUG and Oracle ACE emails were lost. Disaster! However there is a rebuild facility which failed but I knew when I got home I had a time machine backup I could restore. I managed very slowly for 2 weeks till I was next home. Thank you all those who I had to ask to resend emails.

When I got home I thought, this will be easy even I can do it. But guess what the database would not rebuild. NIGHTMARE!  I did a disk check and I have filestore issues, so I had to find that Genius appointment.

Note to self, needing an Apple Genius person on the weekend a new iPhone is released is not best use of your time!

After waiting several hours for help, there was a lot of head scratching and eventually triage decided the MAC needed to be admitted for further tests. Several days later I eventually got my MAC back, new screen, battery realigned so track pad issue resolved and file system rebuilt.

I spent hours, days using google trying things but with no success. Eventually I came across a forum posting on how to do this. It looked really complicated and I just knew it would eat up so much more of my precious time. Then I saw you could pay the writer for help. 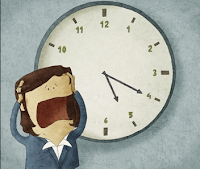 I researched her, and all seemed promising so I contacted her by email. She was quick to come back and after a few questions, we arranged a Skype call. She seemed really switched on and confident this was her area of expertise and could do this quite quickly.

We arranged a time and two hours later of her sharing my screen and me entering passwords at the relevant times, I was back, everything fixed. The best $78 I have ever spent. Mogens is always saying how we are time poor, and definitely that was my problem here. She gave me back what I couldn't afford, more wasted time on the problem. Whilst we waited for files to copy etc, she gave me a tutorial on getting the most from my MAC based on what I actually do.

So what did I learn from this? It just reinforces the mantra of going for the best for help, which doesn't need to be the most expensive. When Certus was looking to move into PaaS4SaaS development we went to find the right partner, when customers' want the best Cloud Implementation they come to us.