Next stop Guatemala, and did I mention the early starts! We actually flew from Mexico via El Salvador which would be my last stop on the tour. We said goodbye to Brendan in Mexico and it was odd to not have him with us.

Deiby Gomez is the president of GOUG and he met us at the airport and took us to our hotel. We said we wanted to see something of the city and asked for ideas. Not only did he suggest a drive out to Antigua the original capital of Guatemala but he insisted a member of his team take us.

So after a quick freshen up we were collected by Carlos and his new bride Amy who gave us a wonderful afternoon. 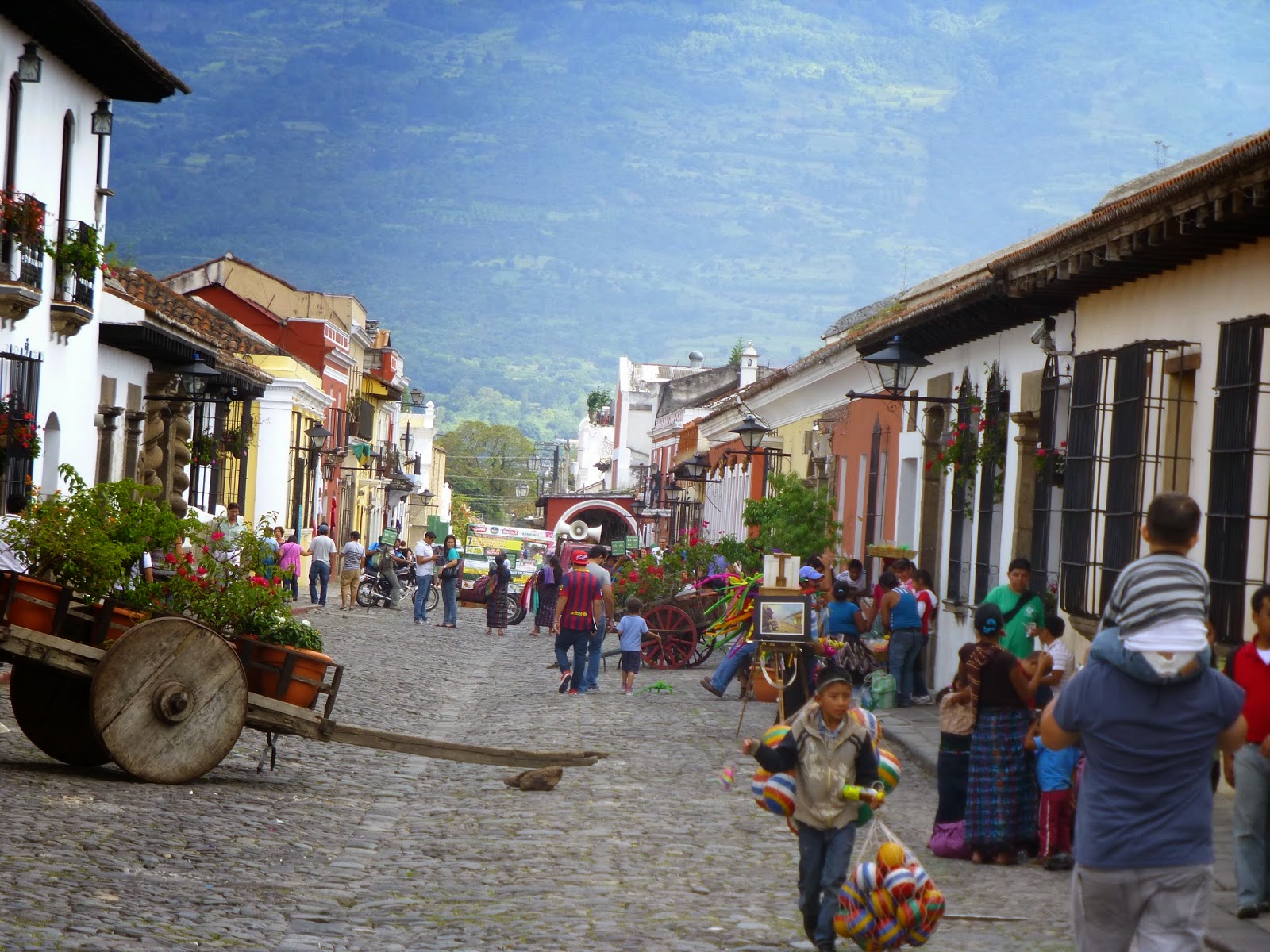 The city is surrounded by volcanoes and I love them. I really would love to study geology perhaps when I finally retire. The city was so colourful, and full of local tourists. 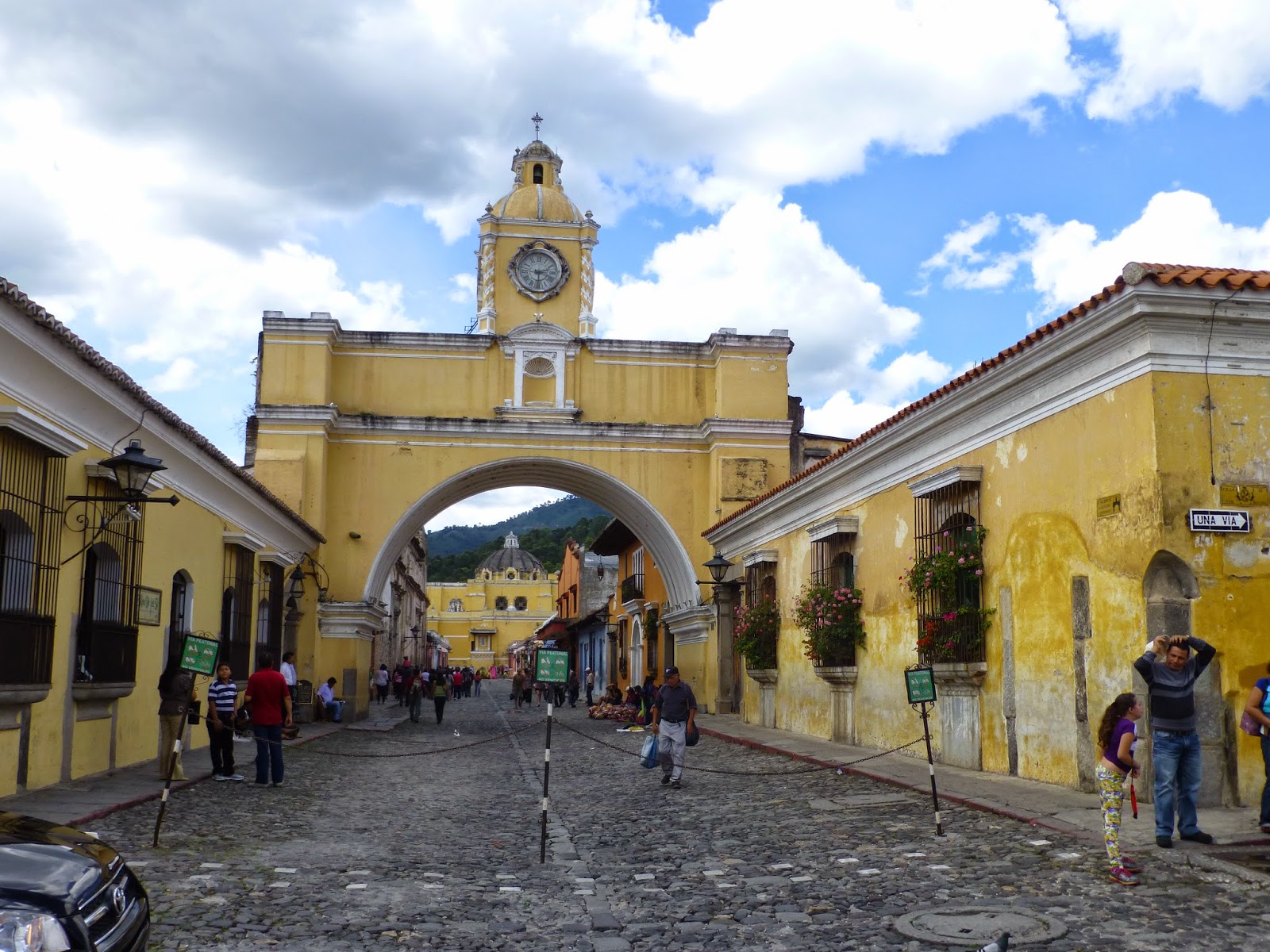 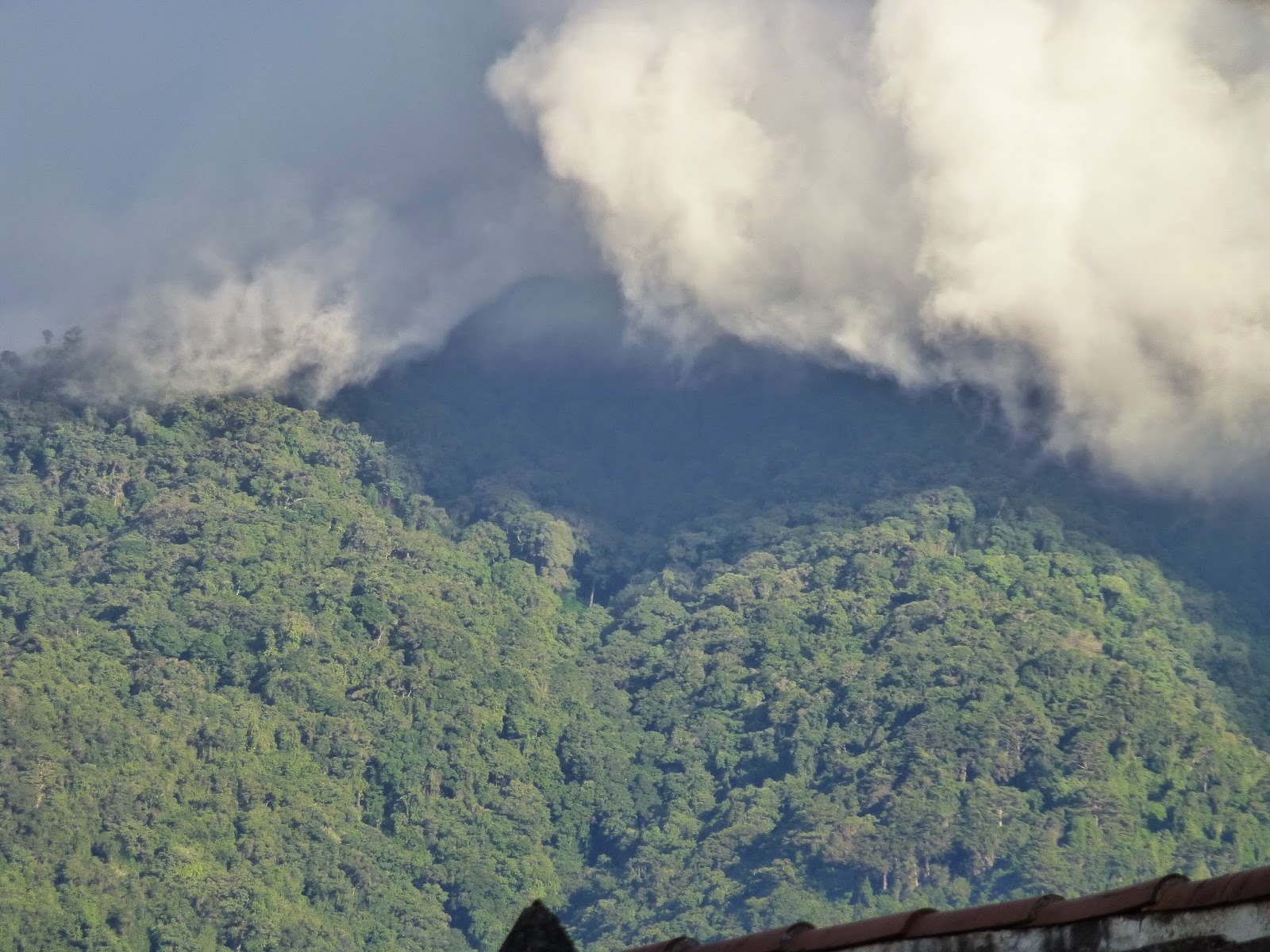 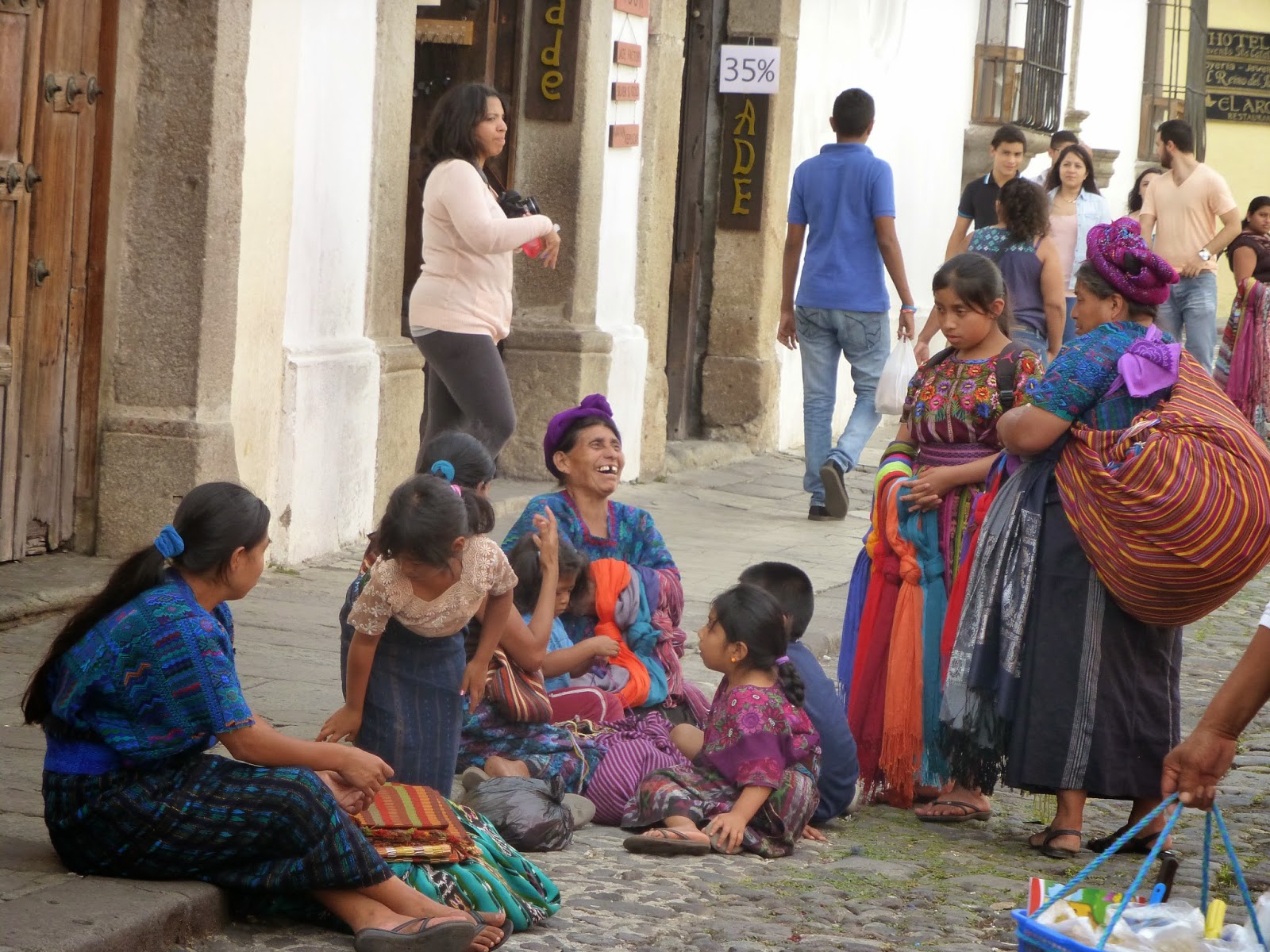 We had a wonderful meal and wondered around for hours. 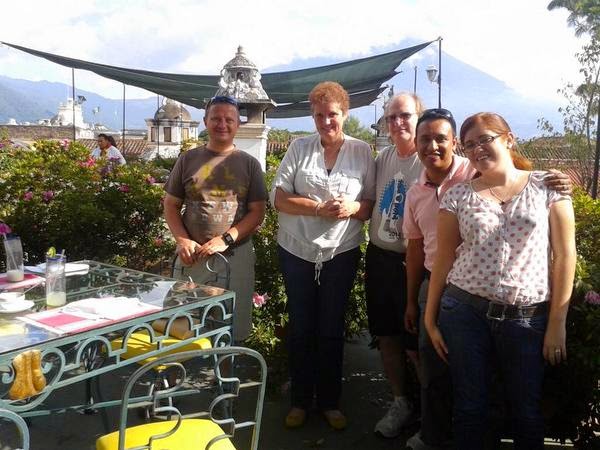 The event was held at INTECAP and was well attended. Tom Kyte had joined us for this leg and El Salvador and Pablo was with us again to talk about OTN. I had been to Guatemala before but not had a chance to see anything so was really enjoying this visit.

I also gave my talk on consolidation, to a small audience at the end of the day (well I can't compete against Tom) but we had a good conversation about the benefits. 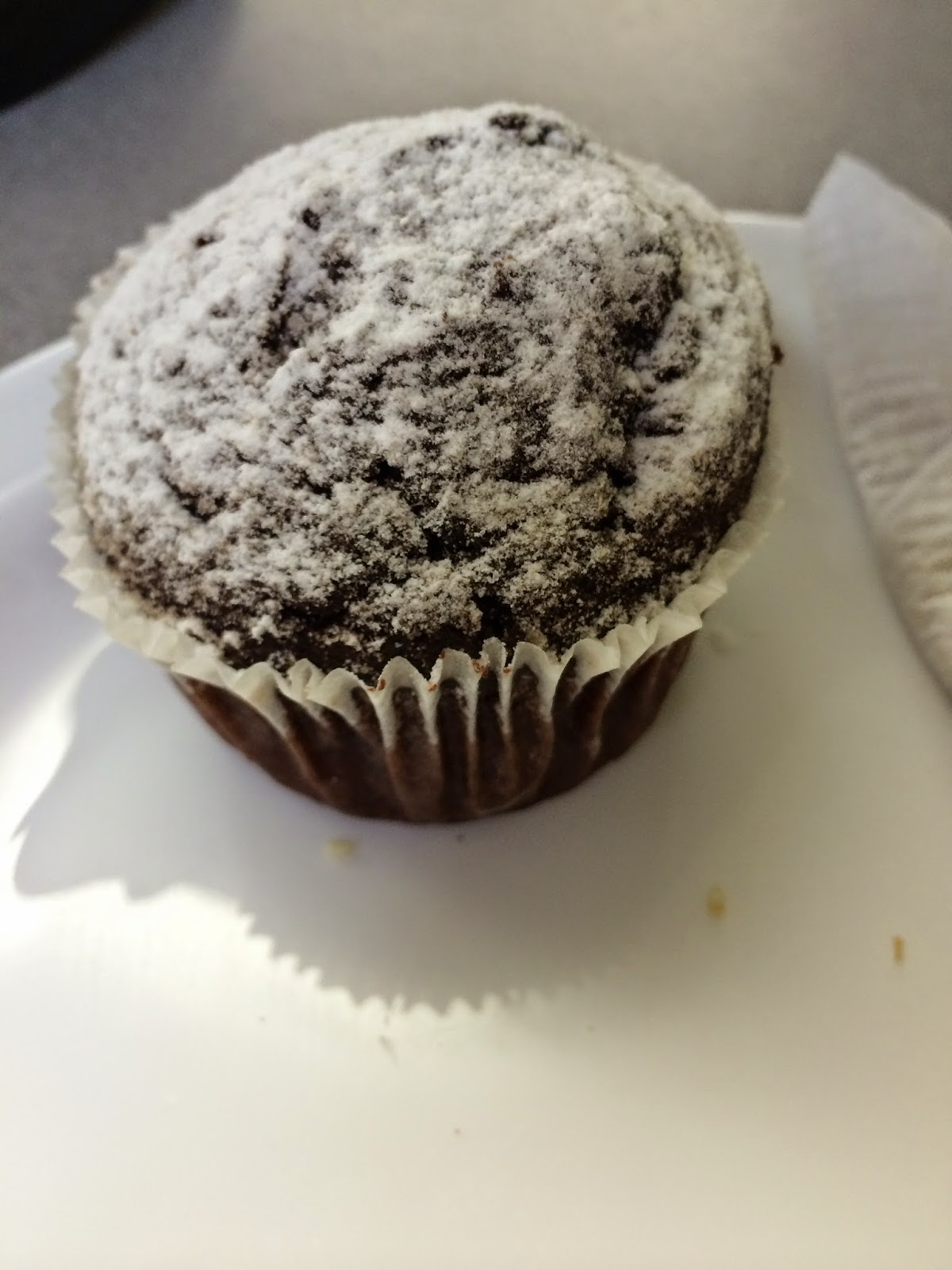 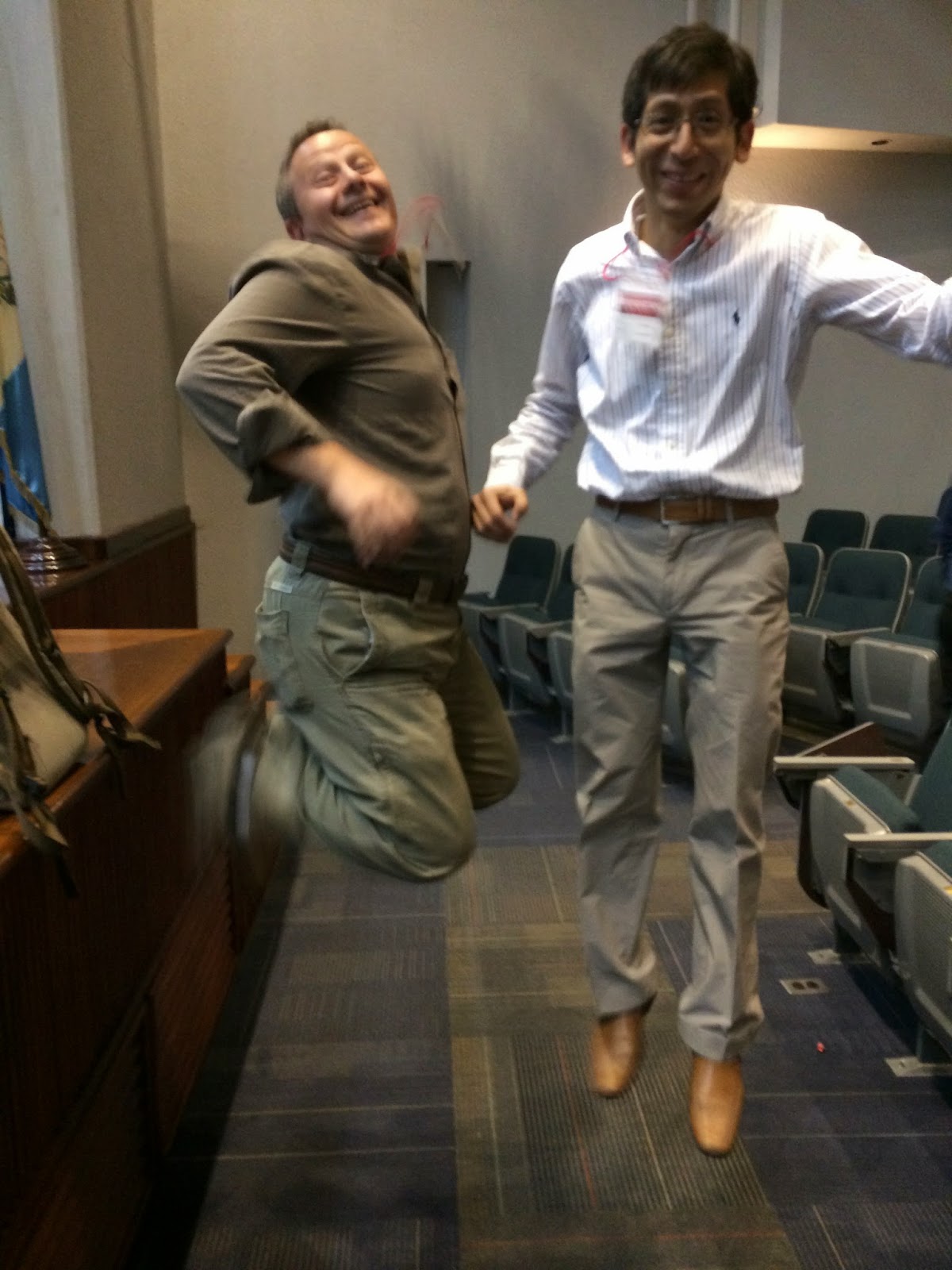 Plinio had also come to Guatemala and he and Gurcan thought the time had come to do an ACE jump for Yury. Some traditions just have to be upheld. I also need to mention the food! The college has a catering school and they did so well, at both breaks there were healthy looking burgers and the best chocolate cup cakes I have ever had, light and fluffy. Lunch was also awesome.
Speaking of traditions I also when we were taken to a great dinner that night just had to taste the local rum, but it wasn't my first time, Carol Dacko gave me a bottle of this for my 50th birthday, I am a lucky lady. 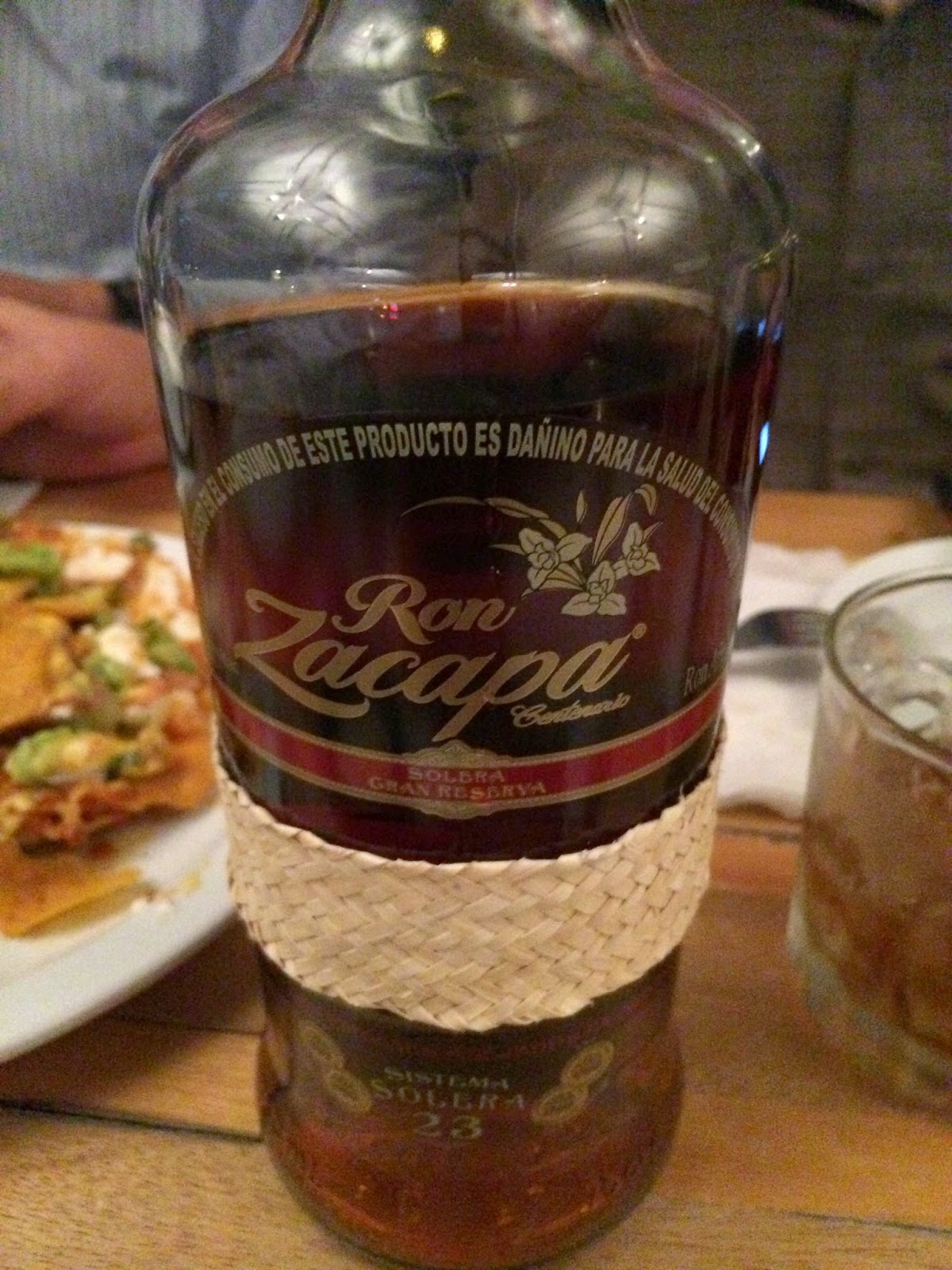 Not too much though, up EARLY the next day for my final leg of the tour

P.s
I forgot to mention that we were searched for weapons before being allowed entry to the restaurant. Not a normal occurance!
And finally photos from OTN Latin America
http://bit.ly/1mKBHPp

It was our pleasure, we hope to see you next year :)