Ever wanted something for a long time? Well I have been friends with Steven Chan for a long time and for many years have been trying to pursuade him to come to UKOUG. However Steven is a very modest man and it has been a long battle, but this year he told me in April he would submit a paper. 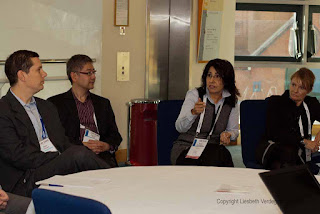 Steven did both a presentation and a round table and both were full. Steven's gift as the number of readers to his blog attests is his ability to explain the tech stack beneath EBS simply. And even better news, Steven has promised to come back to the next Apps Conference. 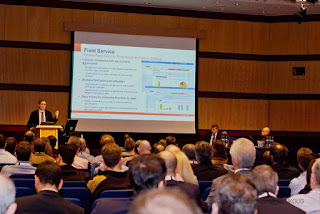 After OOW I blogged about the messages important to EBS customers and these were re-iterated by Cliff Godwin, General Manager for EBS and Nadia Bendjedou and many other great speakers. It was great to see Nadia win an IPA award.

I had the priveledge of interviewing Cliff afterwards about the future of EBS and how customers are looking at Fusion Applications in conjunction with EBS. It was a great interview and can't wait for it to be released by UKOUG.